CONFORMITY TO TRUTH, FACT, OR REASON.

When we think of “human rights,” as a society, we often identify large concepts – freedom from oppression, the right to vote and engage in a democratic process, the ability to choose how we live, and having basic fundamental needs met – shelter, food, medicine, education. While all of these things undoubtedly are “human rights,” we believe there are also less tangible, less quantifiable “human rights” that a person is entitled to. One of these most basic rights is “justice.” 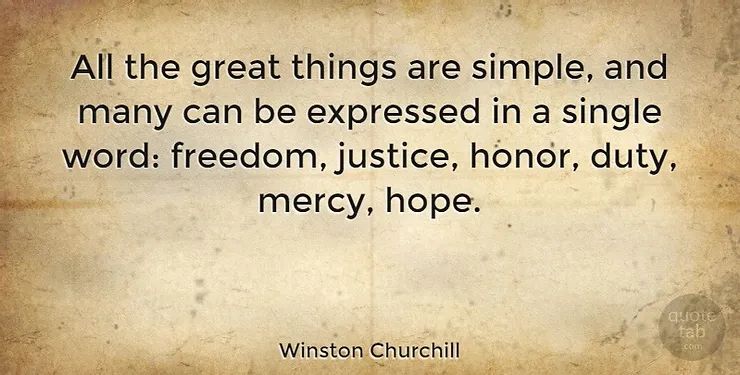 Justice is defined by the Merriam-Webster Dictionary as “the maintenance or administration of what is just, especially by the impartial adjustment of conflicting claims or the assignment of merited rewards or punishments.” It is also defined as “conformity to truth, fact, or reason.”

The legal system, at its very core, is intended to find and ensure “justice” is served. However, in our years of practicing as attorneys, we have all-too-often seen situations where the outcome of a legal dispute is far from “just.” Too often, participants in the legal system – whether lawyers, judges, clients, mediators, or the like – fail or refuse to give genuine consideration to what is actually “just.” When this occurs, driving factors such as money, prestige, validation, or retribution tend to influence the outcome, much more so than what is “just.”

Finding “justice” is a complicated endeavor. We recognize that what might be “just” to one party, especially in a legal dispute, might be exactly the opposite of “just” for another. We also recognize that the law rarely characterizes things in black and white – on the contrary, the law is full of areas of gray. Even amongst these various shades of gray, to the most seasoned lawyer or judge, it can be hard to identify what is actually “right” or “wrong” in a legal dispute.

However, we believe, here at Meridian Law, that it is part of our responsibility to our clients to analyze whether our actions tend more towards or away from a “just” outcome. If the only purpose of pursuing a lawsuit is money, we find that clients tend to leave the end result feeling highly-unsatisfied. Sure, in pursuing monetary damages against a person who has wronged you, the law allows for – as it should – recovery of money damages. Those monetary damages should be pursued aggressively, in an attempt to make a client as “whole” as possible. However, we believe a larger driving factor in pursuing a legal claim should be attempting to find a common ground in the end solution that will allow both parties to learn something from the process and grow as a person. What a victim might learn is how to find the strength to ask for change from someone who has perpetrated a harm. Someone who has harmed another, whether negligently or intentionally, can – if open-minded – come away from a legal dispute having learned how to better handle a similar situation in the future.

An example of this can be seen in looking at the recovery allowed in Montana Human Rights Act claims and EEOC claims. Both of these forums allow for recovery not just of monetary damages, but they require what the law refers to as “affirmative relief.” The idea behind “affirmative relief” is to compel a party who has wronged someone else to take steps to avoid the same unlawful conduct in the future. It might involve changes in policies and procedures, human rights training, physical changes to a premise (such as in an ADA claim), or education on lawful conduct when dealing with protected class individuals.

In creating recovery that requires affirmative relief, we believe the Montana Human Rights Bureau and the EEOC work hard to find “justice” in the claims for which wrongdoing is found. The affirmative relief makes it less likely that someone, in the future, will be harmed by illegal conduct. Simply put, it effects change.

The same type of approach can be utilized when settling cases. Settlements do not have to just focus upon money damages. In pursuing a settlement for a client, we can ask for various types of relief that are broader than just money damages – with the hopes that a “just” result will occur not just for our client, but for individuals in the future.

We suggest that, when working with an attorney – whether it is our firm or another – a person think carefully about what they are ultimately looking to accomplish. What would be the ideal “just” result from the legal claim? What is a “just” result that might be less than ideal, but would still meet your needs? What can be learned from the legal process, and what do you hope the other party to learn? This requires careful thought and analysis with Legal Counsel. It requires Legal Counsel that is willing to “think outside the box,” that asks hard questions, that is willing to both be aggressive and compromise, and that ultimately, wants an outcome that is most likely to prevent others from being harmed in the future.

Here at Meridian Law, we believe the greatest responsibility we have as humans on this Earth is to leave the tiny part of society that we touch better tomorrow than it is today. We invite you to think about what you can do, in your own life, to bring about greater human rights for others, to find justice in seemingly-difficult situations, and to make things better for someone else’s tomorrow. If you need help with a legal issue, we are just a phone call, message, or email away. We would be honored to speak with you.

May your tomorrow be even better than your today.